Popular Posts
UnitedHealthcare Survey Finds Consumers Turning to Digital for...
2021 FinServ and Insurance Industry Outlook: 4 Trends...
Modernizing the Trade Expense Process? Digitization and Data...
Stories that Shaped 2020 for Banking and Insurance
What Should Banks Prioritize to Thrive During and...
Only One-Third of FSI Organizations are Widely Adapting...
Personalization is the Key to Growing Financial Services...
Self-Service is on the Rise: CWB Financial Group...
3 of the Latest Developments in Paytech
Stanton Gatewood on How Cyber Insurance Protects Your...
Home Insuretech Weekly Insurance Roundup – Can you hear me now edition
Insuretech

Weekly Insurance Roundup – Can you hear me now edition 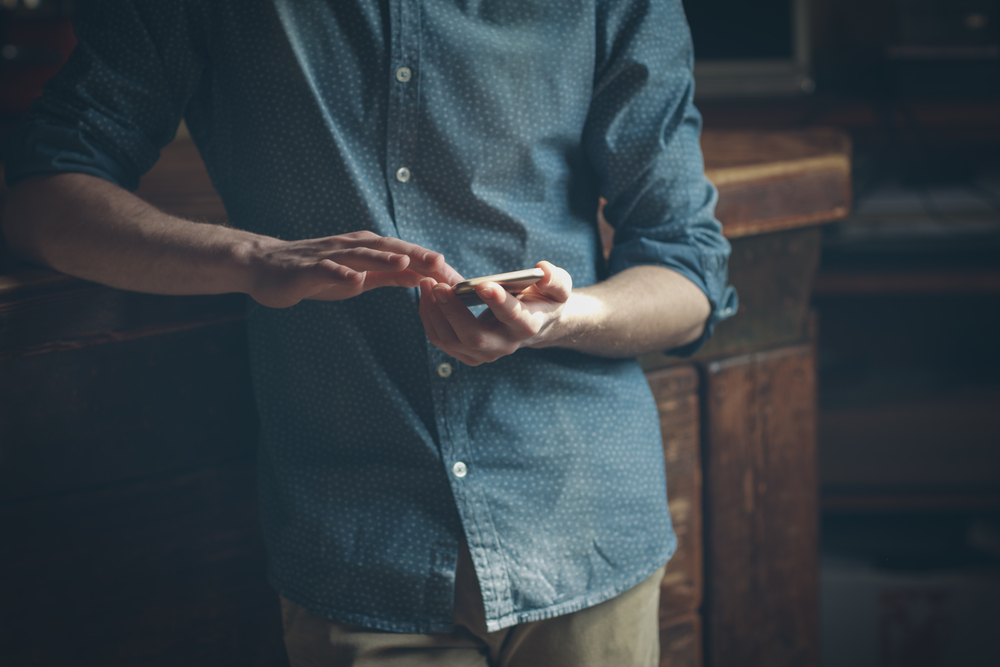 Every time a new disruptive technology gains mainstream adoption and changes the status quo, those that are a bit longer in the tooth will opine about how much harder they had it when they were younger and growing up without it.

Simultaneously, the younger folks among us will wonder just how people managed to survive without this technology in their lives. (IE: GAH…I would just DIE without Snapchat. How did people take pictures of their food before this?!)

I hate to admit it, but I’m the former and not the latter. And although I certainly opine about the inconvenience I experienced from having to employ card catalogues instead of search engines – and the sheer terror I experienced from calling a girl with the chance that her father would answer the house phone – it’s nearly impossible for me to think about a technology that has so greatly impacted our lives as smartphones and mobile devices.

Take this anecdote for example: my wife and I recently headed out for a day of errands that was to end with us meeting good friends for dinner. The errands ended early, and happened to take us in a direction opposite of our desired meeting location. Within a matter of minutes, messages were sent, a new dinner reservation was made and plans were changed. And not a single phone call was placed thanks to Yelp, OpenTable, and G-Chat.

There was then much bellyaching about how “kids these days” will never appreciate how easy and convenient everything is thanks to these amazing, magical pocket pixies that we call smartphones.

Insurance providers are taking notice and are working aggressively to get new mobile insurance apps and other solutions that embrace smartphone technologies out into the marketplace. These solutions are making the insurance shopping and claims process easier. They’re even helping people better protect their property to mitigate claims.

Here are some of the articles I read this week all about the way smartphones are making their way into the insurance arena:

A screenshot from the Grange mobile app, which makes interacting with your insurer easy while on the go.

insurance provider that fits your mobile, on-the-go lifestyle (not me), then you may want to look at Grange Insurance.

The company just announced earlier this week that they released a new smartphone app that works on both the iOS and Android operating systems – also known as the only two mobile operating systems that really matter (sorry Windows Phone users…but you know it’s true).

What does this mobile insurance app do? Well, practically everything that its online user portal enables – just in mobile form – making it more convenient and accessible for folks that need to view Proof of Insurance, make a payment, contact their agent, view policy information and more all from their phone or tablet.

This is just one of a large number of forward-thinking steps that this extremely digital-friendly insurance company has taken in the past few months. The company also recently announced a new skill for Amazon’s Alexa that enables users to, “find a local independent Grange Insurance agent, hear the insurance tip of the day and learn general information about Grange Insurance and its home, auto, business and life insurance products.”

Also, not to be left behind by the hipster-friendly ride-sharing craze that has swept the nation (owning things is so 2010, man!), the company recently announced policies that cover people driving for services like Lyft and Uber.

American Family Insurance, Frontpoint partner to protect homes
As an insurance customer, what’s the only thing better than rapid response to claims? Having an insurance company help us avoid filing claims in the first place!

I mean, yes, we carry insurance so that we don’t have to worry about paying for life’s little mishaps. But no matter how much progress insurers make towards taking the pain out of the claims process, working through an

insurance company and getting your things repaired or replaced is still going to be an annoyance.

Wouldn’t it be better if we just skipped all of that and avoided the accidents, catastrophes and incidents that would have resulted in a claim in the first place?

American Family Insurance certainly thinks so. And it’s going to use smartphone connected technologies to make it possible.

Just this week, the company announced a new relationship with a home security company called Frontpoint. This relationship will enable American Family Insurance customers to purchase their basic home security package at an incredibly steep discount (about $500 off). This system would provide basic cameras and sensors that would monitor the house for fires, burglars and other nuisances that could steal or destroy property and significantly inconvenience the homeowner.

The alerts and video feeds from these devices all flow into the homeowners smartphone, which enables them to monitor their homes remotely. Also, since the system is cellular-based, it’s flexible, move-able, tamper-proof and easy to set up.

To illustrate how tamper-proof and effective Frontpoint’s solutions are, this insurance reporter will attempt to break into a home utilizing their solutions, and will report back in the next Weekly Insurance Roundup. (Editors note: No he won’t! We can assure you we’re not doing that.)

Insurance Customers Slow to Adopt Mobile Claims Apps: J.D. Power
Maybe all of this app appreciation is a bit premature?

According to J.D. Power’s 2017 U.S. Auto Claims Satisfaction Study, insurance applications may not be as popular as they hoped with their customers. The report, which was based on responses from 11,857 auto insurance customers who settled a claim within the past six months prior to taking the survey, shows that their interest in their mobile applications is tepid, at best.

According to the study and a recent article by the Insurance Journal:

Regardless of the findings, we still choose to believe that insurance mobile apps are the future of the industry. With more time and customer comfort, we’re sure that usage and adoption numbers will continue to increase.

Response is Everything When it Comes to Data Breaches

A healthcare cyber checkup with experts from...