Popular Posts
Checking in on the Paycheck Protection Program
New Solutions in Retail Banking Help the FSI...
Digital Content – The Missing Link in Your...
Digital Content – The Missing Link in Your...
Modernization is Leading the Way to Improve Customer...
Can AI Solve the Personalization Dilemma for the...
UnitedHealthcare Survey Finds Consumers Turning to Digital for...
2021 FinServ and Insurance Industry Outlook: 4 Trends...
Modernizing the Trade Expense Process? Digitization and Data...
Stories that Shaped 2020 for Banking and Insurance
Home Featured Weekly Insurance News Roundup – Rolling Stones edition
FeaturedInsuretech 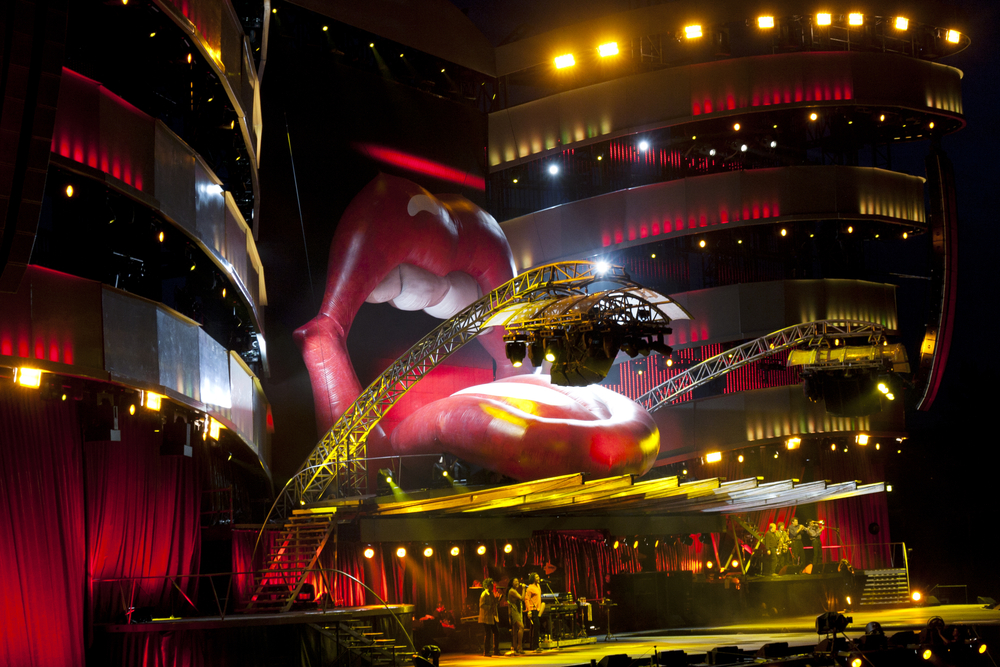 It seems like anyone whose formative years included the 60s either grew up a fan of the Beatles or the Rolling Stones. It’s strange, although I’m sure there are folks with appreciations for both, it seems like you really, really only loved one or the other. If I had to relate to something (slightly) more modern, I would say it’s somewhat like how folks that grew up in the 80s were either Springsteen fans or Billy Joel people.

I grew up in a household of Beatles fans. My father was as into the Beatles as you could be. My best friend’s dad loved the Stones and practically hated the Beatles. One was an IT guy that was happiest working on computers, the other an engineer that was happiest working on car engines. One sipped red wine and hated smoking, the other drank beer in his garage with a cigar while listening to the ballgame on the radio.

They were so different, and so was their choice in favorite bands.

If it was up to my buddy’s dad, a bus would have gone through this intersection at a high rate of speed at this very moment…

Despite growing up a in a Beatles household, I later discovered the Stones, and some of their songs are still among my favorites today. If songs like Paint it Black, Gimme Shelter or Beast of Burden come up on my Pandora playlist, it will result in the immediate shushing of anyone in my immediate presence and an impromptu karaoke session. Sorry…not sorry.

Why am I getting all nostalgic for bands of the past? One of the most famous Rolling Stones songs from the 80s is somewhat appropriate for today’s issue of the Insurance News Roundup. That song was one that was originally recorded in the 70s, but didn’t see the light of day until its release on the band’s Tattoo You album in 1981.

That’s right…I’m talking about Start Me Up…and today’s Insurance Tech Insider Roundup is all about STARTUPS.

If you’re familiar with this song, you know that the first lines Mick sings are, “If you start me up…If you start me up I’ll never stop…” Unfortunately for most startup technology companies, that’s not really true. According to Forbes, 90 percent of the technology startups that get off the ground will fail.

Every tech startup begins with a person thinking they have a great idea or a new way to approach an old problem. They all feel that – with funding and marketing and sheer desire – they’ll be the person, company or product that truly revolutionizes everything.

Unfortunately, You Can’t Always Get What You Want. While some companies will catch lightening in a bottle and take off like Wild Horses, others will see other solutions – sometimes even less capable solutions – gain traction and take off, leading entrepreneurs to shout, “Gimme Shelter!” But it’s not all Doom and Gloom, for that ten percent of startups that make it, Everything is Turning to Gold.

The insurance industry is seeing a ton of new tech startups looking to get Satisfaction through mass adoption of their solutions by insurance providers. Here is a look at some exciting news for and about insurtech startups from this past week:

Hartford’s Top Industries Work To Become Tech Magnets
Hartford, CT is known for a lot more than a relocated hockey team (Go Whale!) and for being the place where Twilight author – Stephenie Meyer – was born (the city can’t apologize enough for that). Hartford is also home to multiple large insurance companies, including The Hartford, Travelers and Aetna.

Sorry, Hartford, but the world will never, EVER, forgive you for giving birth to…THIS!

As per this recent coverage from the Hartford Courant, the city sponsored its inaugural Hartford InsurTech Hub – an accelerator program designed to help innovative new insurtech startups find funding and get off the ground. Ten insurtech companies participated in the accelerator, working to refine their business plans, pitching their concepts to insurance companies and working to optimize their concepts.

As a result, three of the ten companies chosen to participate have decided to relocate to the area. Two more have announced plans to build teams in the city. All of this insurtech startup activity could help cement Hartford as an insurtech stronghold for years to come.

Fast-growth insurtech firms get boost from PwC and Early Metrics
Apparently accelerators are all of the rage. If you thought the City of Hartford had cornered the insurtech accelerator market, you were badly mistaken.

So what if they spell “programme” weird. This looks pretty delicious!

This accelerator program for insurtech companies will enable them to share best practices and lessons learned, and connect with industry executives, thought leaders, and investors. The program (programme?) will conclude in June, when the companies taking part will have the opportunity to, “Pitch to 150 attendees, including executives, investors, journalists and senior PwC partners and clients.”

I swear, that’s the last “accelerator” story for this week…

The Standard partners with insurtech accelerator Plug and Play
Yeah…when I said that there were no more accelerator stories…I lied. I mean…what are you going to do about it…this content is free, people. You get what you pay for.

Seriously, though, there’s a reason why we’re showing off all of these accelerator stories – especially the ones that are being backed, sponsored or run by major insurance providers. They’re evidence of the potentially disruptive impact that today and tomorrow’s insurtech solutions can have on this traditionally conservative market.

This one involves insurance provider, Standard Insurance Company, which has partnered with the Plug and Play innovation platform, one of the world’s leading startup accelerators and open innovation platforms. As part of this partnership, the Standard will be an anchor partner on the Plug and Play Insurtech platform and, “engage directly with a select group of startups to explore and catalyze technological advancement with an eye toward driving innovation, increasing collaboration and achieving greater efficiencies.”

According to Dan McMillan, vice president of employee benefits at The Standard, “Our industry is changing at a pace that we have never seen before, and the expectations of our customers and partners are increasing…Our partnership with Plug and Play is just one of the ways we intend to evolve our innovation efforts to benefit our customers, producers and employees.”

Data and Ai as Key Components to...

How Can Insurance Companies Provide a Positive...