Popular Posts
UnitedHealthcare Survey Finds Consumers Turning to Digital for...
2021 FinServ and Insurance Industry Outlook: 4 Trends...
Modernizing the Trade Expense Process? Digitization and Data...
Stories that Shaped 2020 for Banking and Insurance
What Should Banks Prioritize to Thrive During and...
Only One-Third of FSI Organizations are Widely Adapting...
Personalization is the Key to Growing Financial Services...
Self-Service is on the Rise: CWB Financial Group...
3 of the Latest Developments in Paytech
Stanton Gatewood on How Cyber Insurance Protects Your...
Home Insuretech Weekly Insurance News Roundup – Ned Ryerson Edition
Insuretech 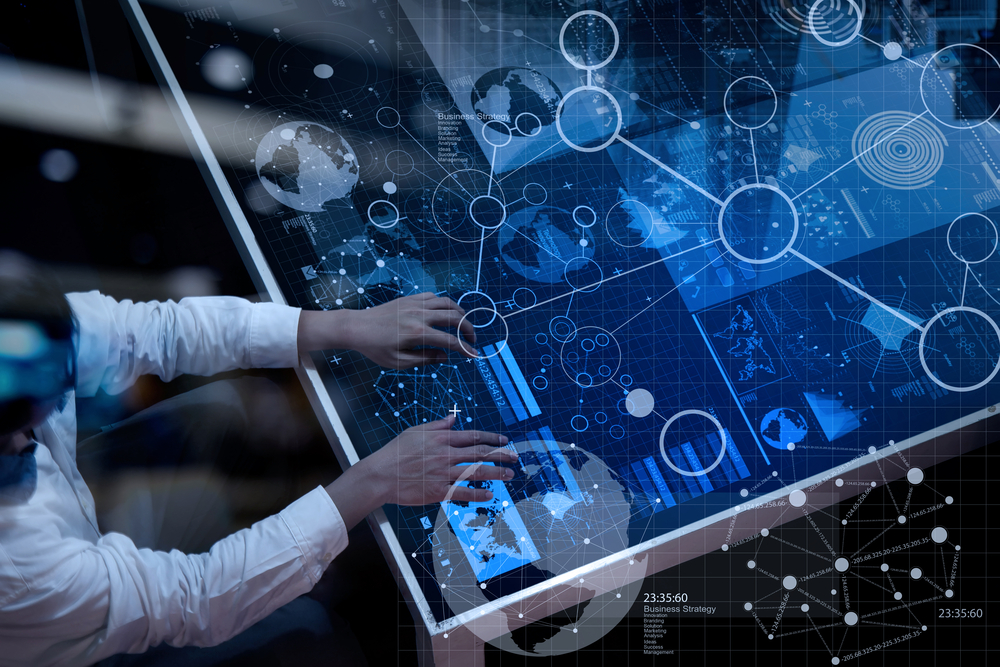 Let’s be honest for a second. Can we do that? I think we’ve gotten to know each other well enough. There’s a bond here. I can shoot straight with you, right? No? Well, too bad, I’m going to anyway.

There’s a certain perception of insurance professionals. It’s not exactly a positive one.

Don’t believe me? Just take a look at how insurance salespeople and other insurance professionals are portrayed in popular culture. My favorite example of this, of course, is Ned Ryerson from the classic 90s comedy Groundhog Day.

Poor Ned has had a tough go of it. He’s had some bad luck in his love life, an unfortunate health history (namely, shingles) and is generally unlikeable. Disposing of Ned – who is portrayed as an annoyance and inconvenience – becomes part of the protagonist, Phil’s, recurring daily activities.

One day, Ned is shunned. The next, he’s shoved. The next, he’s punched square in the face. Finally, he’s made to feel so uncomfortable that he leaves Phil alone. Even though Ned ends up doing pretty well in the end, the movie concludes with Ned being much like he began it – as an unmitigated bore and total irritation.

If you’re unfamiliar with the film, here’s Phil and Ned in action:

So, how do you fix that? Aside from a major marketing blitz and releasing a 2018 “Men of Insurance” monthly calendar, technology could be a solution.

Here are a handful of articles about how technology is making customer engagement and interaction better for insurance companies. Sorry, Ned!

John is “Mr. April” in this year’s “Men of Insurance” monthly calendar. Copies are available now at your local Barnes and Noble…or wherever fine monthly calendars are sold.

However, as this article in Investment News points out, new technologies are being implemented to take the pain, time and frustration out of life insurance underwriting to help make the process simpler and easier for customers.

The article quotes Samantha Chow, a senior life insurance and annuity analyst at Aite Group, who pegs the traditional time to underwrite a life insurance policy at about three months. However, with big data, data analytics and applications that help companies more accurately determine risk, the process has been whittled down to just a few weeks.

Hey, purchasing life insurance may require interacting with Ned Ryerson and contemplating our own mortality…but at least technology is making the process suck a little less.

How Blockchain Technology Could Work in the Insurance Industry
Add Blockchain to the long list of technologies that make investors and CIOs lose their freaking minds. Think I’m kidding? Just MENTION the word “Blockchain” around these people and their palms will get all sweaty and they’ll start salivating all over themselves.

Ironically, I don’t think many of these people know what Blockchain is…they just know that they need it. They don’t know why…but it’s the hottest and buzziest of the technology buzz words and if something involves Blockchain…it’s gotta be good!

Despite my cynicism – which my publisher has asked me to dial back…and seek counseling for – there are actual uses for Blockchain technology. And some of those uses could be effective in the insurance industry.

In this article in Tech Bullion – a publication with a much more creative name than ours – they lay out the benefits that Blockchain technology can deliver to the insurance industry, including increased security, better control and more efficient management of personal data, and mechanisms for preventing fraud and abuse.

Munich Re cements agreement with drone-inspection provider
It seems like a few days ago we were speaking with a drone company about how drone data could be used to help the insurance industry. Hold on…WE LITERALLY JUST DID THAT.

See? We TOTALLY just did this…

Well, we’re clearly awesome at spotting trends, because, just today, Munich Re, a Germany-based reinsurance company, announced that they have reached an agreement with drone-inspection service provider Betterview, which will, “offer drone imagery, analysis and reporting to Munich Re’s insurance company clients.”

If you haven’t already, be sure to check out our Q&A with Mike Winn of DroneDeploy, which further analyzes this trend and takes a detailed look at the benefits drones can deliver to both insurance providers and insurance customers.

Analyzing the impact of drones on the insurance industry

Insurers invest in a watch with the...