Popular Posts
New Solutions in Retail Banking Help the FSI...
Digital Content – The Missing Link in Your...
Digital Content – The Missing Link in Your...
Modernization is Leading the Way to Improve Customer...
Can AI Solve the Personalization Dilemma for the...
UnitedHealthcare Survey Finds Consumers Turning to Digital for...
2021 FinServ and Insurance Industry Outlook: 4 Trends...
Modernizing the Trade Expense Process? Digitization and Data...
Stories that Shaped 2020 for Banking and Insurance
What Should Banks Prioritize to Thrive During and...
Home Featured Weekly Insurance News Roundup – Mamma Mia edition
FeaturedInsuretech 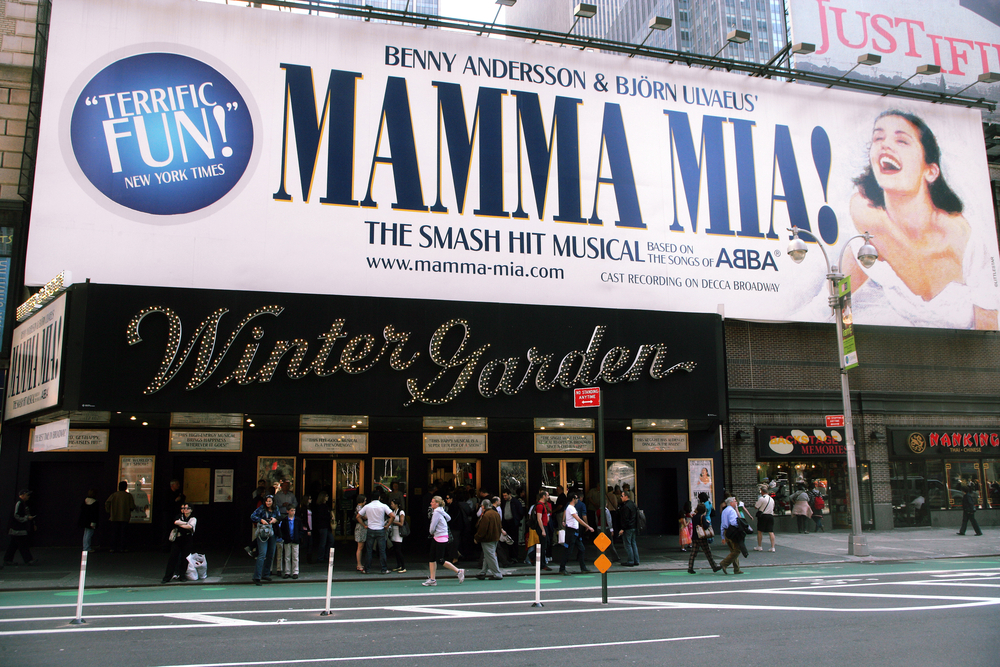 Non-insurance news has to be truly incredible, extremely revolutionary or amazingly surprising to get the Insurance Tech Insider editorial staff excited. And the news we read yesterday is a combination of all three of those things.

What got us so hot and bothered? ABBA is BACK!

That’s right, the Swedish super group has announced via their official Instagram account that they’re recorded at least two new songs. And those new songs are slated to be released at some time this year.

Why are we so excited about ABBA? Why WOULDN’T we be?

Don’t believe me that ABBA is a huge deal? Does just ANY band get a museum in Stockholm, Sweden? I think not!

ABBA is one of the greatest selling musical acts of all time – selling somewhere between 150-500 million albums, depending on whose numbers you’re referencing. Their music is so pervasive that you probably hear one of their songs everyday without even realizing it. And their tunes are so influential and inspiring that they became the muse for the musical – and subsequent motion picture – Mama Mia!, which features multiple of their songs in its soundtrack.

The band broke up in the early eighties, but their spirit has lived on through their music. And now they’re giving it another go with some new songs. Between this announcement and the pending release of this summer’s Mamma Mia! Here We Go Again (the sequel to the original film and play) we’ve got full on ABBA-mania!

Unfortunately, for all of the dancing queens out there, you’ve got to wait for the return of ABBA. But you don’t have to wait any longer for this week’s insurance news roundup! Here is a look at some of the exciting, non-ABBA related insurance news from this past week:

In addition to the information that you provide when applying for and purchasing an insurance policy, insurance companies are also privy to credit information and histories. They also can generate and farm data and information about their customers from other sources as well – including IoT devices, such as telematics solutions in cars, and social profiles.

What are these companies using this information for? A number of different things. First, they’re using it to help determine a person’s risk and how to price policies – which is something that we’ve discussed with multiple insurance professionals on the Insurance Tech Insider. But the article also claims that insurance companies can use data to determine changes in an individual’s life circumstances and proactively market to them by predicting when they may be looking for more insurance.

With so much potential to gain actionable insight about prospects and customers, t’s becoming abundantly clear that insurance companies are now data driven enterprises. We’re anxiously anticipating the new, innovative ways that insurers will find to use data to increase their operational efficiency and improve their business in the future.

Insurance prospects in the race to autonomous vehicle tech
The insurance industry isn’t the only one experiencing the introduction of exciting and disruptive new technologies. The auto industry is also in a time of change and innovation.

Today’s automobiles are being increasingly automated. Autonomous vehicles are being tested by multiple tech giants and auto companies. And some of those autonomous technologies are slowly being introduced and implemented into today’s new cars to make them safer.

In this article, Insurance Business reporter, Bethan Moorcraft, discusses how the auto insurance industry needs to begin to embrace these new, autonomous technologies and reflect them in their risk assessments and pricing.

In an industry where companies compete heavily on price, Bethan argues that cars that brake for pedestrians and help to avoid accidents should potentially be considered for the same kinds of discounts that cares with seatbelts used to get.

As a driver of a new car with some of those safety features, I agree wholeheartedly.

Using insurance records to anticipate future medical needs and reduce costs
It’s one thing for insurance companies to use Big Data and data analytics to determine someone’s risk profile and adjust their rates and insurance premiums to match. But what if they could do something even better and more altruistic with that data that also helps them to save money and improve their profitability?

A new UCLA study published in the Journal of Biomedical Informatics claims that insurance data could do just that.

Utilizing the mountains of data that health insurance companies have on patient populations, the study theorizes that they can identify patients that are at risk of hospitalizations or serious health conditions and bring them in for preventative treatment.

This can be beneficial to both the healthcare insurer and the patient. The patient gets spared from having to experience a hospitalization or frightening health event, and the health insurer pays for preventative care instead of an expensive hospital visit, surgery or other procedure. Now that’s a win-win for everyone involved.

The Digital Model Is The Future for Financial Services

Telematics: The Bridge to the Insurance and...

Revolutionizing car insurance through data – a...