Popular Posts
Can AI Solve the Personalization Dilemma for the...
UnitedHealthcare Survey Finds Consumers Turning to Digital for...
2021 FinServ and Insurance Industry Outlook: 4 Trends...
Modernizing the Trade Expense Process? Digitization and Data...
Stories that Shaped 2020 for Banking and Insurance
What Should Banks Prioritize to Thrive During and...
The moon might have had a heavy metal...
The blue wings of this dragonfly may be...
Petunias spread their scent using pushy proteins
Horse version of ‘Who’s your daddy?’ answered
Home Insuretech Weekly Insurance News Roundup – CAPS WIN THE CUP EDITION
Insuretech 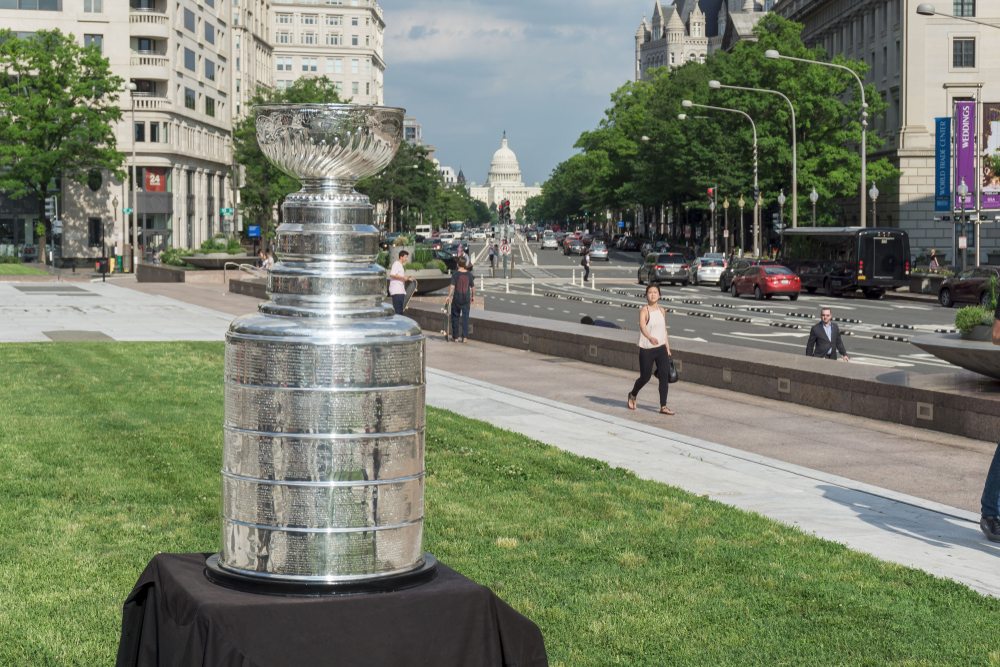 There are very few stories in sports better than the traditional underdog story – a ragtag group of kids/old guys/scrubs that nobody believed in rises up and comes together to defy the odds and prove everyone wrong. I mean, there’s a reason why Major League – the story of a successful Cleveland Indians team intentionally built to lose – is quite possibly the greatest baseball sports movie of all time.

“All we need is SOMETHING to bring it all together…”

Well, there may be ONE story in sports better than an underdog story. And that’s the story where a veteran player nearing the end of their storied career – filled with every professional achievement and accolade EXCEPT a championship – puts his team on his back and carries them to the peak of their sport.

In fact, that story may even be rarer than the underdog story. There are underdogs in EVERY playoff series and sport. An aging and deserving veteran winning their first, career-defining championship in the twilight of their career has only been seen a few times.

We saw John Elway pick up two Super Bowl victories before riding off into the sunset to help keep him from joining Dan Marino on the list of record-breaking quarterbacks who never won the, “Big One.” We saw Ray Bourque finally win a Stanley Cup with the Colorado Avalanche in what would be his last ever NHL game. But the list of “great players to never win it all” far exceeds the list of “great players that pulled out a victory near the end of their career.”

And that may have been why I was so riveted by this year’s Stanley Cup Finals – a playoff series that had both of those great sports stories crammed together and competing against each other.

On one side, you had the Las Vegs Golden Knights, an expansion team with a ridiculous name that didn’t even exist a year ago and that was expected to finish dead last in their division. And, on the other side, you had the Washington Capitals, a team that had notoriously ripped out the hearts of its fans year after disappointing year by failing to meet Stanley Cup expectations. A team that was built around one of the most electrifying goal scorers of this generation, and one that was threatening to waste that player’s talents and best years by failing to turn regular season success into postseason glory.

In the end, the underdog came up short in this incredible sports story. But nobody can really be that mad (unless they’re the folks that choose to live in Sin City for some reason). Why? Because Alex Ovechkin – one of the most prolific and downright fun-to-watch hockey players of the past decade – got to flash his infectious smile, hoist the Stanley Cup, ogle some breasts and take a victory lap around a rink that wasn’t his home ice…but still kinda felt like it. I mean…check THIS out:

It’s nowhere near the end for Ovechkin – he’s only 32 and still has three years left on a very generous contract with the Capitals. He was also the team’s leading scorer this year, as well as the MVP of the Stanley Cup Playoffs. But when he does officially decide to hang them up for good, he’ll have his name on the Stanley Cup at least once, and can’t be listed among the best ever to never win the big one.

In celebration of the Capitals’ victory and the Great 8, let’s look at some insurtech companies that are raising CAPITAL to help them forever change the insurance industry.

PayPal founder helps boost insurance tech start-up
There’s a new German insurance startup called Coya that wants to appeal to millennials and other younger, more digitally-savvy folks. They plan on accomplishing this by eliminating agents and middlemen and selling directly to the customer, being completely online and paperless and using technology to create insurance products that are priced more fairly.

The company is currently waiting for its approval from the German Federal Financial Supervisory Authority (BaFin). However, once it is a fully licensed insurance company, it’s looking to start selling its insurance products directly to consumers later this summer. And it’ll have some help.

The company just announced that it has received a round of funding from Valar Ventures, the Venture Capital firm backed by the somewhat polarizing PayPal founder, Pete Thiel. And although their VC firm may share the name of the mercurial gods of Tolkien’s Middle Earth, Valar Ventures doesn’t think it will take divine intervention to make Coya a success.

James Fitzgerald, partner at Valar Ventures was quoted as saying, “Building an insurance company for current century requires the right balance of insurance and technology expertise, something that others – both incumbents and many insurtech start-ups – have not been able to achieve.”

How sugary, delicious napalm is made…

A new startup insurance company in the UK is looking to do a little bit of all of that – rolled into one. And they just got $1.2 Million to help them make that a reality.

Marshmallow, named after what is easily the most dangerous component of a S’MORE, is a company that’s looking to use technology to aggregate driver information from across the globe. By doing so, they’re looking to be able to provide insurance coverage to a community of people that are currently underserved by existing insurance companies – migrant and immigrant populations in the UK that came from somewhere else.

Foreign-born drivers in the UK get quoted insurance policies at 51 percent higher rates than native drivers – a problem that the Marshmallow founders claim is due to built-in bias in the system that only looks at U.K. data. They’re looking to use a proprietary algorithm and global driver data to rectify the issue.

As Marshmallow co-founder, Oliver Kent-Braham, explained, “Our customers are ambitious, entrepreneurial, educated people who are striving to build a better life in the U.K. Unfortunately, with the current political climate these individuals don’t always feel welcome in the U.K. and we don’t want financial services to further discourage them to settle here.”

For the Insurance Industry Implementing a Master...

To Tap Into the Pet Insurance Market,...