Popular Posts
UnitedHealthcare Survey Finds Consumers Turning to Digital for...
2021 FinServ and Insurance Industry Outlook: 4 Trends...
Modernizing the Trade Expense Process? Digitization and Data...
Stories that Shaped 2020 for Banking and Insurance
What Should Banks Prioritize to Thrive During and...
Only One-Third of FSI Organizations are Widely Adapting...
Personalization is the Key to Growing Financial Services...
Self-Service is on the Rise: CWB Financial Group...
3 of the Latest Developments in Paytech
Stanton Gatewood on How Cyber Insurance Protects Your...
Home Featured Natural Disasters Shook the Insurance Industry in 2018
FeaturedInsuretech 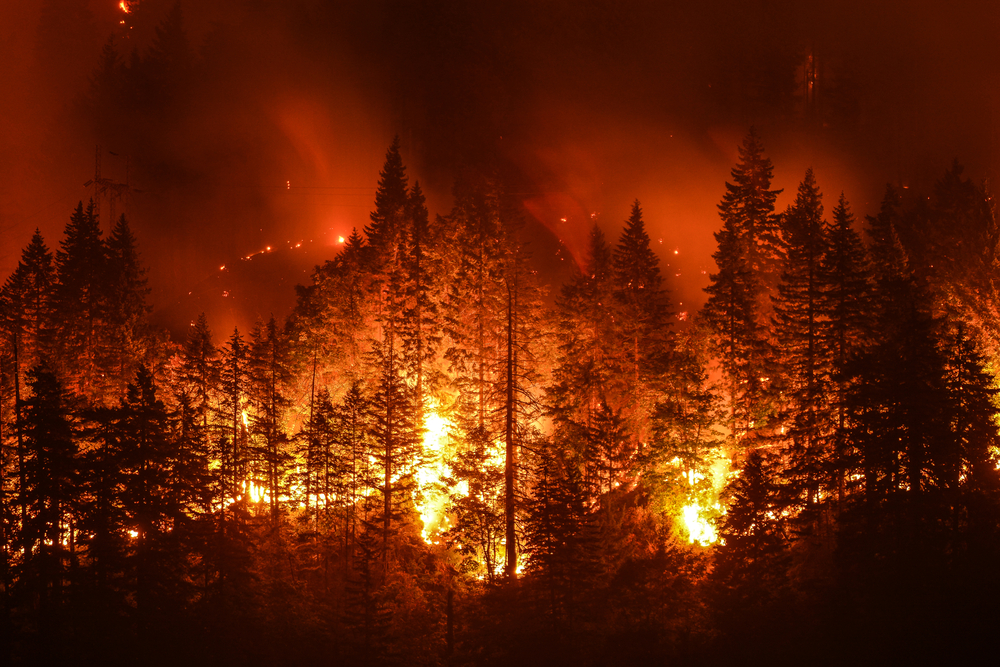 Fires, floods, and hurricanes seemed to be all over the news in 2018. From Hurricane Michael to the massive California wildfires, natural disasters struck the U.S. with full force leaving residents, emergency personnel, and insurers reeling. Sure, FEMA and rescue groups do what they can, but at the end of the day, it’s up to insurers to replace what once was, and this can have a devastating impact on unprepared companies. In this roundup, Financial Technology Today takes a look back at the natural disasters of 2018 and how they have impacted the insurance industry as well as how finance and insurance groups are changing policy to be better prepared for when disaster strikes.

The Cost of Business

Last year’s total insured losses of $80 billion were far above the inflation-adjusted average for the past 30 years. The United States wasn’t the only country to see massive disaster, the 2018 cyclone season caused losses of $56 billion worldwide with about half that cost covered by insurance.

The Danger of Inaccurate Insurance

Natural disasters not only have a significant economic impact on the area affected – but on how insurance companies will cover those areas in the future. A study by Perr & Knight, analyzed how insurers can be negatively impacted by insurance data discrepancies and how these data sets impact premiums. The study looked at how insurance premiums compare using data sets such as zip codes compared to parcel-level data.

In five to ten percent of cases, pricing was inaccurate and premiums were either under or overpriced. Some policies were underpriced by 86.7 percent which translated to a $2,800 annual loss for insurers. When polices are incorrectly priced, it causes strain on both the insurer and customer. An insurance company with multiple inaccurate polices faced with natural disaster claims to pay, may just find themselves out of business.

The World Bank has doubled its disaster risk insurance for the Philippines, which is now bumped to $390 million. This policy will cover typhoon and earthquakes in 25 provinces. The World Bank will enter into agreements with private reinsurers to provide coverage to national government agencies and provinces. The policy is designed to provide liquidity when a disaster strikes.

According to a recent study by FM Global, finance chiefs world-wide could better communicate the risks from natural disasters. Climate change hastens the need for CFOs to spell out the risks for their companies’ operations, cash flow, and market evaluations, said Eric Jones, global manager for business risk consulting at FM Global. “CFOs really need to think about how vulnerable their businesses are,” Jones said.

CFOs at large international companies should take a two-to-five-year review when assessing their disaster risk. Leaders should also create plans for alternative transportation if a disaster damages their main production mean. “Relying on a single port, a single rail line or a single river presents a risk,” Jones said. With disaster plans put into place, companies should assess their insurance coverage in case of a natural disaster.

To learn more about insurance data and how location can impact policies, click here.

What Can a Single Customer View Offer...

How Can Insurance Companies Provide a Positive...