Popular Posts
Stanton Gatewood on How Cyber Insurance Protects Your...
Pet Insurance is Gaining Popularity in the U.S....
The Importance of Resiliency in the Insurance Sector
The Paycheck Protection Program: Your Questions Answered
Understanding the Cyber Insurance Underwriting Process
To Tap Into the Pet Insurance Market, Insurers...
Selling Life Insurance Policies Via Vending Machines is...
How the Pandemic has Changed the Banking and...
Managing Fraud, Waste, and Abuse: JP Morgan Identifies...
Small Businesses Anticipate a Revamped Paycheck Protection Program
Home Bankingtech The Biggest Fintech Trends of 2017 – What Were They?
BankingtechFeatured

The Biggest Fintech Trends of 2017 – What Were They? 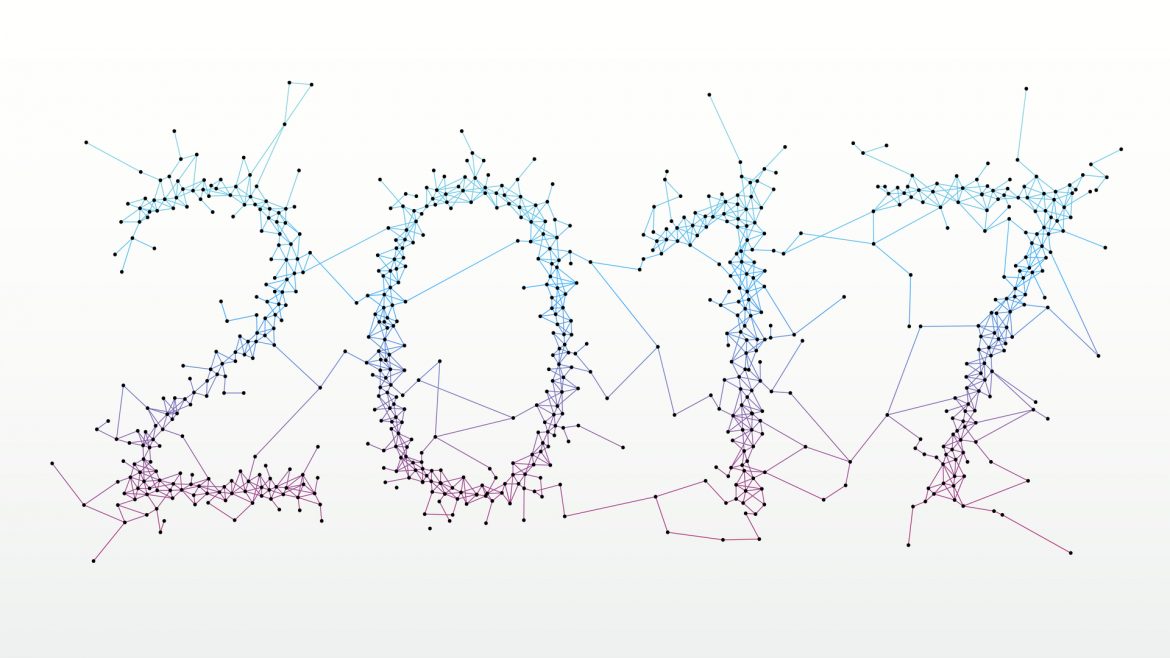 This year there were several innovations in fintech that have represented true industry disruption. Each of these technologies has the potential for large scale disintermediation as they mature–and perhaps more importantly—offer even greater synergies as they combine.

Overall, fintech firms have a velocity advantage with most of these technologies, since the early focus on foundational data quality and data standards used to move money are already in place (think about trading and middle office verification of trades, etc.) Theoretically, it could ready the transactions more quickly to incorporate into the blockchain ecosystem.  With that in mind, outlined below are some of the major trends in fintech for 2017:

“The blockchain is an incorruptible digital ledger of economic transactions that can be programmed to record not just financial transactions but virtually everything of value.”

Cryptocurrencies & Blockchain – Bitcoin has made headlines.  The run up is astonishing, as is the volatility.  A lot of bankers are scratching their heads trying to figure out if there is any intrinsic value (Warren Buffet comes to mind).  Indeed, bitcoin is not redeemable for goods, and the valuations confuse the heck out of folks. Furthermore, bitcoin is not backed by any bank or government, which truly makes it concurrently innovative and unsettling. But what is great about bitcoin is that the currency only exists in the network, which minimizes some security risks. Nothing is centralized, as it exists across chains of a myriad of servers (think millions), further mitigating risk. Still more security shields need to be developed to address breach, especially within the blockchain’s smart contract itself.  Like Billy Preston said, the bad guys can win every once in a while.

Initially, a lot of this volatility could have threatened cryptocurrencies, as finance folks try to figure out pricing (Volume Weighted Average Pricing vs. the more logical Time Waited Average Pricing, for a currency that fluctuates wildly).  As speculation deepens, that volatility can increase.

However, over time, I think as the risks and the paradigms are understood, this will flatten out and there will be one or two overall winners, which work best in “the chain,” offering flexibility and real intrinsic value.

Indeed, bitcoin is mostly on the blockchain, and there are numerous advantages to this.  Robust transparency and speed is critical as both sides of the transaction can be evaluated.  The high touch element involved in a lot of transactions goes away since the smart contract takes care of this, minimizing transactional cost, and in effect, levelling the playing field for participating entities.  For instance, securities could settle instantly, instead of in two or three days. There are concomitant liquidity management issues with that, but those can be mitigated.

The distributed ledger properties of blockchain are, in fact, a game changer, offering lightning fast transparency, ultimately building transactional trust—an important component in the credit markets.  Please note there are other cryptocurrencies including Etherium, Litecoin, and Ripple.

I think it is first important to clarify the difference between AI and machine learning.  AI is really a way for machines to carry out tasks intuitively—ultimately it should be something that humans consider smart.  Chatbots, Siri, Facial Recognition and eventually strategic planning on a holistic level are examples of AI. With banks, it could be used for customer profiling, hopefully providing a more intuitive and salient customer experience.

However, the focus in most of fintech is around a subset of AI which is called machine learning. Machine learning is about capitalizing on the data.  Clean and timely data needs to be readily available so that machine learning can do its job, for whatever the designated task. In other words, the firm has to feed enough volumes of clean data to take advantage of the predictive and correlative outcomes. RoboAdvising for wealth management is one example, and fund trending predictions is another, that is currently capitalizing on machine learning.  Even pattern recognition for fraud prevention uses machine learning for alerts. Obviously, this tech has infiltrated SecureTech, as it is impossible for human intervention to spot the patterns and trends. As with all this output, it is up to savvy managers to interpret the results, and make the right decisions; AI is not quite there yet.

This isn’t really a term in the fintech universe, but nevertheless it may be one of the most important.  It certainly has caused me personally a lot of challenges in my career. Integrating Big Iron or other systems that are 20 and 30 years old, is a risk that needs to be mitigated and addressed. A lot of these systems are undocumented, with unique or missing data classifications.  Building a framework around MDM and mitigating legacy is a daunting task. Nevertheless, if there are still large chunks of data in those systems, as well as off-system data to deal with, the outcomes for AI/Machine learning will be questionable at best.

How will a firm get a 360 view of their products and customers with critical pieces of the data landscape missing?  While technical debt is a burdensome overhang, it needs to be concurrently addressed–now.   So with machine learning and AI, select POC’s where there is enough clean data to yield meaningful output for your efforts.  A regression will go sideways, along with your business if you don’t.

While 2017 was the year of positive disruption, legacy systems can be a killer and CIOs must address it sooner rather than later.  If you want to monetize your data, it better be clean and understood.  One of the bigger challenges is ensuring that the senior executives understand what all this means, in business terms that resonate. Consistent and regular communication is key.

The Biggest Fintech Trends of 2017 – What Were They? was last modified: August 1st, 2018 by Mark Katz
AIbitcoinBlockchainFinancial Technology TodayFintechFTTmachine learning

Mark Katz has twenty-five years of experience in IT/Operations in both FinTech and InsurTech, having held senior leadership positions including being the CIO for Financial Products and Services for XL Capital, Global CIO for Syncora Guarantee, an IPO Carve-Out bond insurance firm, and CIO for ASCAP. Mark is a multifaceted technology executive focused on leading business improvement initiatives and aligning technology with corporate performance targets with implementation success across disparate industries. Mark holds Masters’ degrees from Columbia University and The University of Chicago. He also serves on two non-profit boards, as well as the advisory board for HMG. Mark is also a member of various industry groups including Fairfield/Westchester SIM. Currently he is Senior Principal at HP Marin Group, where he serves as a C-Level Advisor to clients and as a leader in the Data and Legacy Systems Practices.

Is Partnership the Solution for Banks Falling...